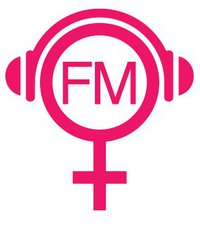 Within the past few months, I’ve had the terrific honor of being a guest on two feminist radio shows: Digital Sisterhood Network’s Feminism Online Project and Feminist Magazine. Last night, Feminist Magazine co-hosts Celina Alvarez and Christene Kings interviewed me during their show on KPFK 90.7 Pacifica Radio in Los Angeles. Calling in from México, I was thrilled to talk to Celina and Christene about my work with young people in high school.

One of the points I made was that the reason why students are attracted to feminism is because they can use its tools in their everyday lives: “What I do in the classroom not only focuses on gender and sexuality but also race and class . . . Students get excited because it’s about them . . . they face sexism, they face racism, they face classism, they face homophobia, transphobia, all of it, and feminism is the perfect launching point for those kinds of conversations. They want their education to be personal but they also want it to be useable, and I think that feminism is one of those things that you can teach that is so useable and young people just grab it.”

Earlier in May, I was also invited by Ananda Leeke from the Digital Sisterhood Network to be her guest for the entire hour (just press play). I was able to talk at length with Ananda about the Fulbright research I’m doing in México on LGBT youth in schools as well as my work in schools in the U.S. During the course of the show, my student and fellow Twitter fiend, Steven Susaña, joined the chat section of the program. Steven took my feminism course last fall, and since then, has been a committed feminist activist and male ally. It was so wonderful to have him as part of the conversation about teaching and learning feminism at the high school level.