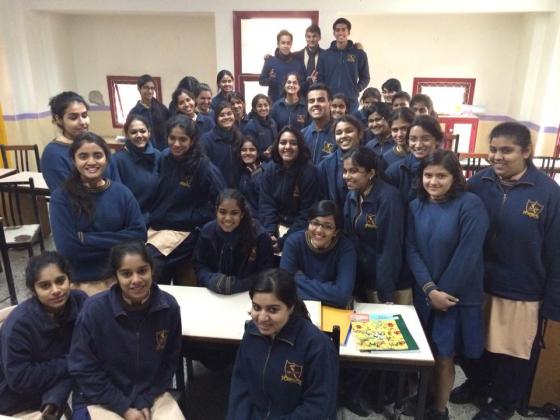 Students at the Sanskriti School in New Delhi talked with me about gender and sexuality in Indian culture (photo credit: Ileana Jiménez)

This last week, I kicked off my tour of schools in India to talk about teaching feminism in schools globally. I’m taking a short leave of absence from teaching at the start of 2014 to meet with students, teachers, and activists throughout India who are thinking seriously about what it means to address issues of gender and sexuality in school, the media, and at home. I’ll be documenting my time abroad right here on Feminist Teacher.

My first stop was at the Sanskriti School in New Delhi, where a Fulbright teacher colleague of mine, Sangeeta Gulati, invited me to speak to a group of juniors who are taking a high school humanities course. During my hour with them, these students and I talked about everything from the recent Delhi Supreme Court judgment on Section 377 of the Indian Penal Code, which criminalizes homosexuality and sex between queer couples, deeming it “unnatural”; to last year’s Delhi gang-rape; to slut-shaming in the U.S. and India (NB: the students used the term “slut-shaming” themselves); to the politics of feminist pedagogy and inclusion in K-12 schools.

The students were immediately engaged in the discussion. At one point, I shared with them that I teach a high school course on feminism and another class on queer literature and film, and they were immediately intrigued. They chimed in with a barrage of excited questions:

And that was only the beginning.

For example, when I raised the question of Section 377 of the Indian Penal Code that criminalizes homosexuality, students were quick to respond with their vehement opinions.

“They [the court and politicians] need to decide what they mean by ‘Western’ notions of sexuality. They are all wearing Western suits and speaking English. How can they say that homosexuality is Western?”

“They need to define what they mean by ‘unnatural’ sex. It is not unnatural.”

Indeed, these students’ views on queer sexuality reflects what the most veteran LGBT activists in India are saying as well. Pramada Menon, founder of CREA, a feminist human rights organization based in Delhi, wrote in December when the judgment was made,

What is it about an act of desire or lust or love that is unnatural if it is consensual? Their flawed notions of “unnatural”, “against Indian tradition,” “Western import” and “elite issue” that are used as arguments against homosexuality need to be recognised as superficial and unsubstantiated by research. The reality is that LGBT people are very much part of this country and deeming them criminals and unnatural will not wish them away.

Queer sexuality wasn’t the only thing on these students’ minds. When they asked me if I had seen the “It’s your fault” video made by young Indian female comics, they shared that they appreciated the biting humor that was used to explore how women are victim-blamed for rape.

“It’s your fault” was made by four Indian women who are a part of AIB, a comedy troup based in India, and it went viral in September 2013. Addressing the camera with tongue-in-cheek irony, Tanmay Bhat, Rohan Joshi, Ashish Shakya, and Gursimran Khamba, make it all too clear that blaming women for rape is not going to fly well by them.

Use their video below in your classroom to begin a discussion about victim-blaming.

The day could not have ended better. As if on cue, a social justice theatre group called Asmita was visiting the school that day. Just after I had talked with the students about hyper-masculinity, violence against women, rape and assault, the troupe performed for the entire school a series of powerful scenes illuminating gender-based violence in India. One of the leading Hindi theatre troups in the country, Asmita is made up of men and women committed to bringing socially relevant theater to mass audiences.

After their performance, which included chanting, singing, drum playing, and role-playing scenes such as acid attacks against women, I spoke to two of Asmita’s actors. When I asked Kunal, one of the many men in the troupe, what it was like to do theatre that explored gender-based violence, he said, “It’s been a three-year journey for me to understand these issues. I’m glad that I get to be part of the solution.” 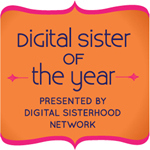